Exercise May Help Reduce Cravings After a Lap-Band Procedure 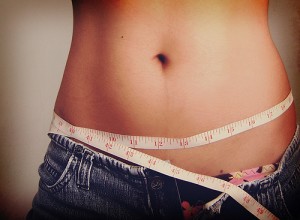 While the advanced medical technology of the Lap Band device has produced a dramatic advancement in weight loss surgery, a crucial portion of success is beginning and maintaining healthy habits once the procedure has been completed. To this end, it seems that exercise may actually help reduce food cravings, in addition to the benefits through calorie consumption and improved strength and fitness.

Patients who have undergone a Lap Band procedure have stomachs that are smaller than their original size, making them feel fuller faster. Yet being able to diminish overall craving could provide benefits to many patients in terms of comfort, according to a recent press release from PR Web.

According to Todd A. Hagobian, who serves as professor of kinesiology for California Polytechnic State University, says that “our recent study showed that exercise reduced activity in food-reward brain regions – these are regions that regulate the pleasantry of food or that stimulate food intake.

Thus, it appears that exercise can reduce both appetite hormones and brain activity, which then suppresses food intake…Regular exercise, 30 to 60 minutes of daily aerobic exercise, plays a large role in the preventing weight gain over time.”

The psychological responses to exercise are being explored more thoroughly by a number of studies. This study showed that those patients who performed an hour of vigorous exercise were less interested in food rewards than those who had been inactive for that same hour.

According to Dr. Shahram Salimitari, a known weight loss surgeon and specialist, “The benefits of exercise cannot be ignored, especially for those who are overweight. Such benefits included smaller waistlines, lower blood pressure and less insulin sensitivity. Someone who is overweight may be more likely to want to overeat after exercising, but simply being aware of this fact can aid them in their weight loss efforts.”